Plasma (from Ancient Greek πλάσμα, meaning ‘moldable substance’) is one of the four fundamental states of matter and was first described by chemist Irving Langmuir in the 1920s. It consists of a gas of ions – atoms which have some of their orbital electrons removed – and free electrons. Plasma can be artificially generated by heating a neutral gas or subjecting it to a strong electromagnetic field to the point where an ionized gaseous substance becomes increasingly electrically conductive. The resulting charged ions and electrons become influenced by long-range electromagnetic fields, making the plasma dynamics more sensitive to these fields than a neutral gas.

Most people think about something very HOT when they think of Plasma, such as a Plasma torch or the Sun.

Atmospheric pressure non-thermal Plasma (NTP) has been gaining increasing interest in a wide range of industries during the past years!

They are already used in a few applications, such as exhaust fume treatment, water purification, sterilization, material deposition and synthesis, flow control and so on. Its applications have recently expanded to biological applications which also exhibit immense potential.

A non-thermal plasma, cold Plasma or non-equilibrium Plasma is a plasma which is not in thermodynamic equilibrium because the electron temperature is much hotter than the temperature of large species (ions and neutrals). As only electrons are thermalized, their Maxwell-Boltzmann velocity distribution is very different than the ion velocity distribution. When one of the velocities of a species does not follow a Maxwell-Boltzmann distribution, the Plasma is said to be non-Maxwellian.

Based on the relative temperatures of the electrons, ions and neutrals, plasmas are classified as “thermal” or “non-thermal” (also referred to as “cold plasmas”). 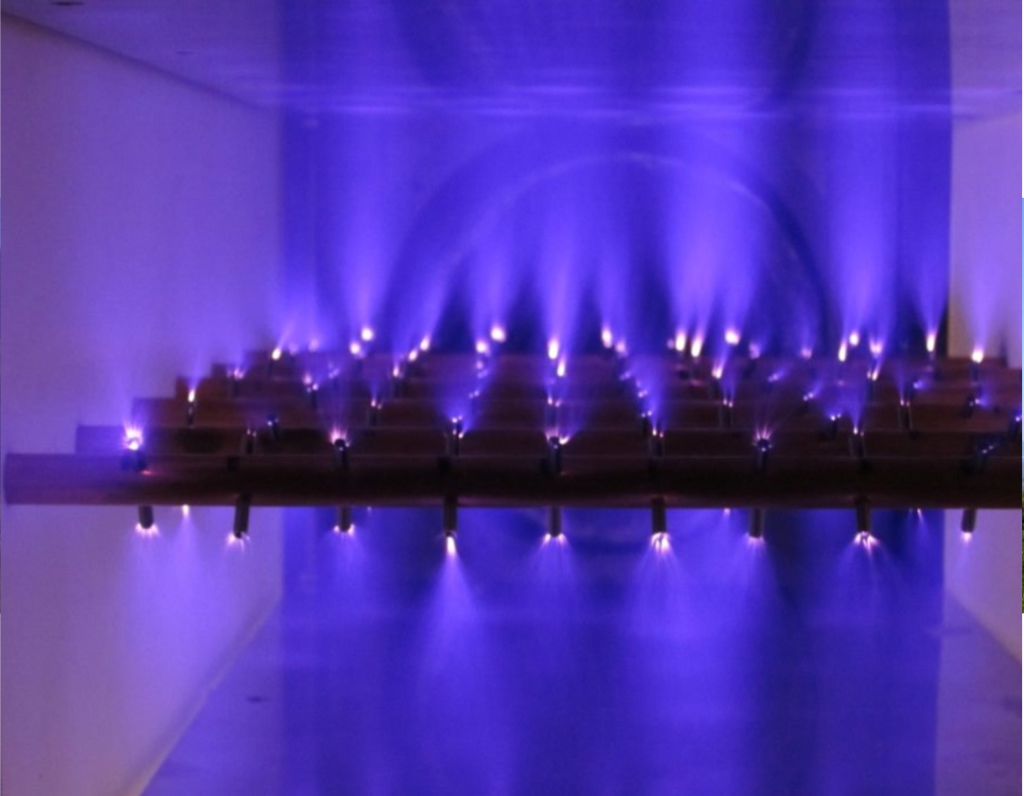 Photo from inside a Non-thermal Plasma Reaction Chamber (Radical Corona Shower)
Note: Emission gases are treated directly in the Plasma Chambers, unlike most other Cold Plasma systems.