"Nature in a box"

The power of nature to transform air pollutants is a mighty force. We are able to utilize and intensify a combination of different of our atmosphere’s tools like fast electrons, UV-light, and active oxygen species in our ModuPlasma™ to control the abatement of air pollutants onsite -make it more effective and faster.

Plasma is an ionized gas that consists of positively charged ions, electrons as well as neutral molecules, atoms, and radicals. Often plasma is referred to the fourth state of matter. 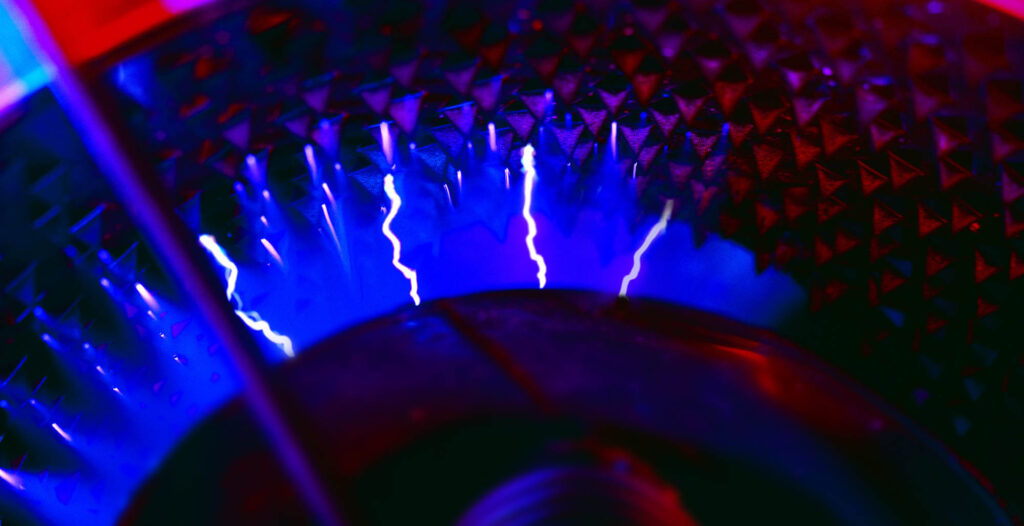 Based on the relative temperatures of the electrons, ions, and neutrals, plasmas are classified as “thermal” or “non-thermal” (also referred to as “cold plasmas”).

Thermal plasmas. The equilibrium state plasma-electrons and the heavy particles at the same temperature (4000 K to 20 000 K). Both electrons and ions in the gas are energized. Thermal plasma is formed in a combustion system, where the pollutants are processed at high temperatures.

Non-Thermal Plasmas (Cold plasma), on the other hand, are non-equilibrium ionized gases, with two temperatures: ions and neutrals stay at a low temperature, whereas electrons are much hotter. Only electrons are energized in the gas. Cold plasma is generally created by the provision of electrical energy to different inert gases.

Exhausted gasses do not have to be heated as a whole the applied electrical energy will selectively heat the electrons due to their small mass. Subsequently, these energetic electrons will collide with the gas molecules (e.g., CO2 or N2), causing excitation, ionization, and dissociation.

Plasma can be used in different set-ups:

In the radical shower approach, the plasma treats directly only a portion of the total flow or even separate gas and produces active species such as radicals, which then treat the total gas flow as a ̈shower ̈. Corona discharges are generated by high voltage on sharp electrodes, or thin wires and are an atmospheric pressure NTP source. Corona discharge from 100 000 to 1 000 000  times faster than in nature and it is effective in the case of plasma treatment of large volume exhausts.

Early testing of Plasma Chamber in 2016 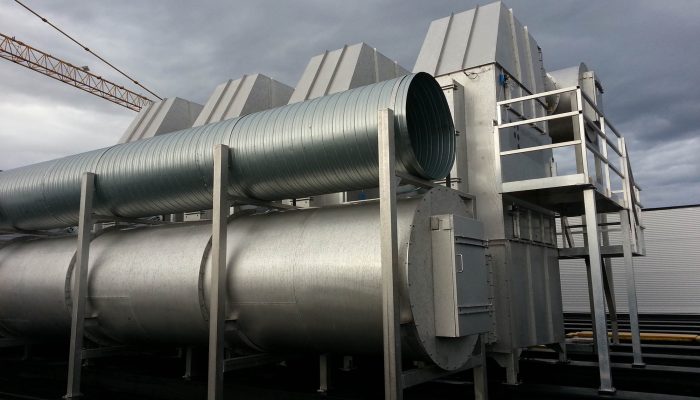 In ModuPlasma™,  particles to be removed from the gas stream are charged by a series of high-voltage electric discharge electrodes to produce negatively charged ions or corona discharges, it charges the particles in the inlet gas, and provide the driving force for moving particles to the collecting plates. Charged particles move within an electric field away from areas of similar charge (discharge electrodes) and towards areas of opposite charge (collecting plates).

Collected particulate matter is removed from the plates by mechanical rappers, causing the material to fall into collection hoppers out of which it is disposed of or recycled. 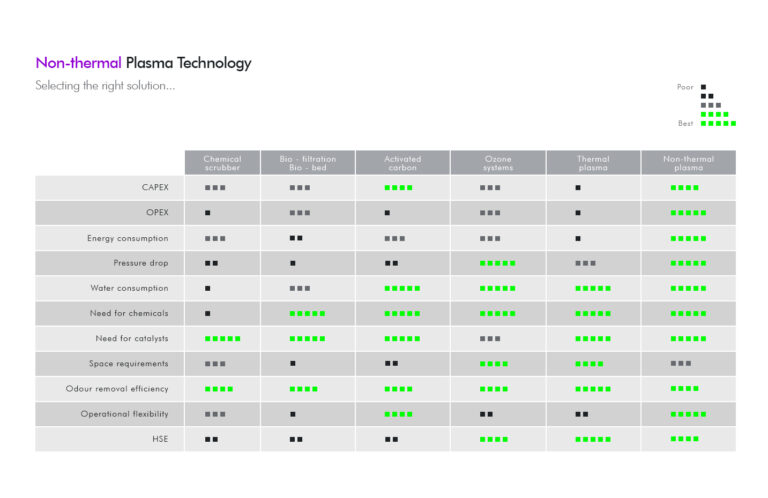 How does  SEID NTP work?

An oxidation process is then started in the energy field created inside the Plasma Reaction Chamber (PRC). See the video below.

Enter your e-mail and you will get the brochure in your mailbox: